History of the League

History of the League

The League of Women Voters of the United States

In her address to the National American Woman Suffrage Association's (NAWSA) 50th convention in St. Louis, Missouri, President Carrie Chapman Catt proposed the creation of a "league of women voters to finish the fight and aid in the reconstruction of the nation." Women Voters was formed within the NAWSA, composed of the organizations in the states where suffrage had already been attained. The next year, on February 14, 1920 - six months before the 19th amendment to the Constitution was ratified - the League was formally organized in Chicago as the national League of Women Voters. Catt described the purpose of the new organization: 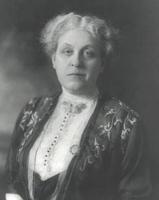 The League of Women Voters is not to dissolve any present organization but to unite all existing organizations of women who believe in its principles. It is not to lure women from partisanship but to combine them in an effort for legislation which will protect coming movements, which we cannot even foretell, from suffering the untoward conditions which have hindered for so long the coming of equal suffrage. Are the women of the United States big enough to see their opportunity?

See the History section of the League of Women Voters of the US website.

The League of Women Voters of Los Alamos

Los Alamos formed a provisional League in 1947, and its members registered voters for the first Town Council elections held in Los Alamos. It became a regular League in the following year. It was one of three local Leagues in existence at the time that the state League of Women Voters of New Mexico was formed in October 1949, and has continued ever since.

Summary of LWVLA recent activities going back to 2009

The League also advocated for reinstating the local Public Health Office, adoption of the Next Generation Science Standards by the Education Department, and transparency in government.

The League registered voters at the farmers' market and high school; published the 2016 Voter Guide; monitored the meetings of the County Council and Board of Public Utilities; advocated for renewable energy, transparency, and land use issues; and participated in a state League study of charter school regulation.

The League monitored the meetings of the County Council and Board of Public Utilities and advocated for transparency in government, recycling education, the Open Space Management Plan, and implementation of the Future Energy Resources recommendations by the Department of Public Utilities.

The League held four candidate forums: one for the primary, three for the general election and a forum on the school bond election. Other public meetings included a talk by Jack Richardson, the Project Manager for the County's San Juan-Chama Water Utilization Study, and a talk on redistricting by Michael Sharp, Vice-President at Research and Polling. At the annual Legislative Preview Rep. Stephanie Garcia Richard and Senators Carlos Cisneros and Richard Martinez spoke as well as Dick Mason of Health Action New Mexico and Marcela Diaz of Somos Un Pueblo Unido.

Other activities included a consensus meeting for a state League position on the Public Regulation Commission; advocacy on renewable energy, land use and water issues, and reviewing the County brochure on Charter amendments.

The LWVNM Convention was held in Los Alamos with a keynote speech on healthy communities by State Sen. Tim Keller.

The Land Use and Transportation Study Committee met monthly under the leadership of Janie O'Rourke. Following a consensus meeting, the committee composed the Environment position, which was subsequently adopted during the Annual Meeting.

2010-2011 Barbara Calef, President
Public Meetings included:
Lunch with a Leader hosted Cas Mason talking about the NNM Citizens’ Advisory Board; PEEC President Chick Keller; Keven Todd, publisher of the Los Alamos Monitor; David Brooks, Los Alamos Community Service Coordinator; County Councilor Ralph Phelps; LWVNM Action Chair Dick Mason on health care reform; LA Cooperative Market Manager Steve Watts; LAPS Superintendent Gene Schmidt and Kelly Myers discussing the long-range planning report for the schools; and Magistrate Judge Pat Casados, who led a tour of the new Justice Center.
In preparation for the elections, the League held two primary forums, one for the judicial candidates and one for the other candidates; published the Voters Guide, which was distributed to all Los Alamos households; and held two forums prior to the General Election, one for Council candidates and proposed Charter amendments, and one for all other candidates. An additional forum was held in the winter for the candidates for school board and the UNM-LA Advisory Board.
The League also

The League also created the Elizabeth Best Memorial Fund to provide minigrants to LAPS teachers and held a unit meeting to respond to the consensus questions for the state water study.